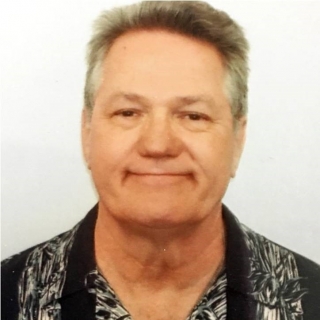 Bill Buck has served on the IVRS board since 2019 and also serves on its finance committee. His experience In chemical dependency recovery spans nearly 5 decades and includes positions as a clinician, administrator, employee assistance professional, and educator. Receiving his Bachelor’s degree from the University of Washington, he went on to earn a Master’s in Clinical Psychology from San Diego State University and an MBA from Pepperdine University. He is licensed as a Marriage and Family Therapist and holds a California secondary teaching credential. He and his wife, Mary have been Upland residents since 2002 where Bill is an active member at his church serving in multiple ministries. He considers his service to the staff and clients of IVRS to be a distinct privilege. 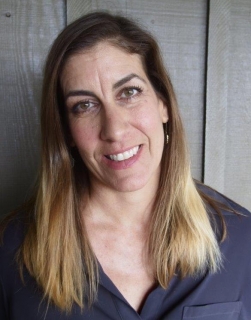 Stephani Sutherland has served on the IVRS board since 2018, and is a member of the Program Committee and chair of the Fund Development Committee. She was proud to serve on the ad-hoc committee to re-write IVRS's mission statement in 2019. She brings scientific expertise in pain and addiction and extensive communication skills to her position at IVRS.

Stephani recently returned to her native Claremont after 20 years spent living in the Pacific Northwest and Long Beach, CA. A graduate of Claremont High School and Cal State University, Fullerton, Stephani earned her PhD in Neuroscience at Oregon Health and Science University in Portland in 2001. Since then, she has worked as a science communicator for newspaper, magazine, television, radio, and online formats for all audiences, as well as teaching at the university level. As a freelance journalist, Stephani now focuses on covering the field of chronic pain and pain research. Her work appears regularly in Scientific American and RELIEF.news. Stephani practices yoga, and she enjoys cooking, hiking and camping with her husband and two tween-age kids. @SutherlandPhD 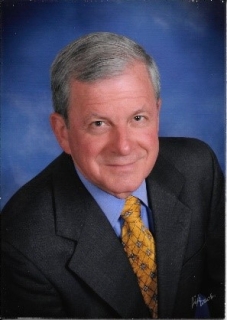 Richard E. Simpson, Ph.D. has been a member of the IVRS Board of Directors since November 2011. He has held all the board officer positions at least once and has been a longtime member of the board’s finance, audit, and development and recruitment committees.

Richard has an undergraduate degree in mechanical engineering, three master’s degrees in business and management, and a doctorate in executive management from Claremont Graduate University.

Richard had a successful career with the U.S. Government in Washington, D.C. as well as in industry in Southern California. In early 1997 he began teaching at the University of La Verne as an adjunct and then at California State University, Fullerton as well. On January 1, 2000, he became a full-time member of the faculty at the University of La Verne. While there, he held several important leadership roles and was recognized for his teaching as well as his service to the university community and the larger community. He has been recognized by the Roman Catholic Diocese of San Bernardino as well for his service to the community. His area of expertise is strategy, but he also has taught extensively courses in ethics, leadership, and entrepreneurship. He retired from the university on June 30, 2017 and was honored as Emeritus Professor of Strategic Management. He still occasionally teaches in special programs for the university. He also teaches in several programs for the Diocese of San Bernardino, including church history, introduction to moral theology, and preparing liturgical readers for their ministry.

Richard has ordained a permanent deacon in August 2017. He teaches several religious education courses at his home parish of St. Anthony in Upland.

Jennifer A. Rudnicki joined the IVRS Board of Directors in 2020. She is unique to this position having experienced going thru the program herself over 23 years ago. The program helped propel her into many successful business endeavors. As a mortgage loan professional for almost 20 years, she prides herself in the fact that she can provide help and guidance to those who most need it. She is passionate about workplace diversification and equality. Jennifer leads the Hospitality Ministry at her home parish of St. Anthony in Upland.

Sid Robinson is co-owner and managing partner of Upland-based public relations firm Robinson and Associates, LLC, a strategic communications consulting agency focused on strategic messaging and branding, media relations, social media, crisis communications, reputation management, writing and editing, media training and community outreach. Robinson has enjoyed a successful and diverse career as a strategic communicator and public relations professional spanning more than 35 years, launching his own firm after a long and effective tenure as associate vice president for public affairs at California State University, San Bernardino. In addition, Robinson serves as an adjunct faculty member at in the communications departments at both Cal Poly Pomona and Citrus College. He also has been a lecturer at Cal State San Bernardino. Previously, Robinson worked in public relations positions at Fairplex in Pomona, Magnet Communications, and the Los Angeles Dodgers. He is APR-accredited by the Public Relations Society of America. Robinson earned a Bachelor of Science Degree in Communications from Cal Poly Pomona and a Master of Arts in Public Relations from the University of Southern California, where he was named the School of Journalism’s (now Annenberg School for Communication and Journalism) Graduate Student of the Year by the Trojan Fourth Estate. He has won countless awards for his public relations programs, including Best of Show awards from the Los Angeles-based Publicity Club of Southern California, Public Relations Society of America California Inland Empire Chapter, and the Press Club of Southern California. A resident of Upland since 1986, Robinson served on the Upland City Council from 2016-2018. He was part of the city leadership team that approved initiatives to restore Upland to financial solvency, improve quality of life issues, and strengthen public safety. During his two years on the City Council, he was active on a number of city committees, including Police and Fire, Public Works, Economic Development, and Investments. Robinson served on the executive committee for the League of California Cities Inland Division and the League of California Cities' statewide Community Services Policy Committee. He also represented Upland as a voting delegate at the 2017 and 2018 SCAG General Assemblies. Previously, he served on the Upland Planning Commission. Throughout his life, Robinson has been an active member and influential leader in his community. He currently is chair of the board for Inland Valley Recovery Services, and he also serves on the boards of directors for the Upland Community Foundation, the West End Consolidated Water Company, and the Upland Veterans Monument Project Committee. Most recently he led the  Upland-Fairplex Community Committee and served on the board of directors for the Upland Chamber of Commerce. He was a member of the Upland National Little League board of directors for a decade, also coaching youth baseball teams for 15 years. A native of Claremont, Robinson also served as president of the Claremont Dugout Club and on the board of directors of the Southern California Winter Ball Association. He is a past president and a long-time board member of the Public Relations Society of America's California Inland Empire Chapter. He was the chapter's national assembly delegate and a member of the PRSA Western District board of directors. Robinson also held the role of president of the Press Club of Southern California. 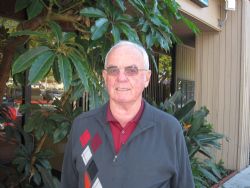 Neil came to Southern CA from Ireland in 1961. For 15 years he served in the Catholic Ministry of the Arch Diocese of Los Angeles. Subsequently, he went to work for Everett Charles Companies in Pomona, and then ultimately became Vice President of Administration and Racing at the L.A. County Fair, from which he retired in 2009. He is Past President of the Board for both Pomona and Laverne Chambers. He has served on the Board of Directors’ of McKinley Children’s Center; Pomona Valley Hospital Foundation’ and served as President of the Board of Community Senior Services located in Claremont. Neil lives in Upland with his wife, Michelle. He joined IVRS’ Board in 2012 and is currently Vice Chair. Neil serves on the Fund Development Committee.

Judy joined the Board in 2015. She worked as a clinical therapist for over 20 years specializing in children and family services, with a focus on drug and alcohol recovery. She served as an adjunct professor and EOPS counselor at Chaffey Colleges and is currently a member of several community organizations.

Phillip Lovelady comes to IVRS with background and experience in education, fundraising, marketing, strategic planning, entrepreneurship and public relations. A graduate of California State University, Fullerton and California State Polytechnic University, Pomona, Phillip is currently retired from Education Textbook Publishing, SRA/McGraw-Hill Publishers Inc. In honor of friends and family affected by addiction, Phillip began his service on the IVRS Board of Directors in 2016 and currently serves on the program committee as well. In addition, Phillip is on the Board of Directors for Highlander Education Foundation and is part of the President’s Club, IBM, Top National Sales, IBM/SRA Publishers Inc. Phillip is a devoted husband, father and grandfather and spends his time giving to his community by being an active member with the Upland-Foothill Kiwanis. Phillip is a past distinguished president of Kiwanis and currently is the Membership Education Chair and the Young Citizens Award Chair. 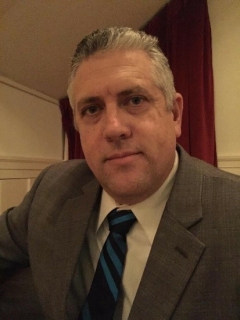 John T. Chapman is the President and Chief Executive Officer (CEO) at San Antonio Regional Hospital (SARH) in Upland, California. Mr. Chapman joined the hospital in 2018 and is currently serving as the seventh President and CEO in the history of the hospital. SARH has 363 beds, a staff of over 500 physicians, 2,000 employees and 300 volunteers. The hospital offers advanced patient care throughout the Inland Empire. John is LEAN certified and represents in the Inland Empire as its Board member for the Hospital Association of Southern California.

John has served as an experienced hospital executive for over two decades. Prior to arriving at San Antonio, he served as Chief Operations Officer at Highland Hospital in Oakland, California. John was not only in charge of operations at this 169-bed general acute care hospital, but also led the clinical and support services for the Alameda Health System. Some of his accomplishments included Alameda’s accreditation as a Level 1 Trauma Center, a Baby Friendly designation and the construction of a 9-story patient tower.

John is a clinical microbiologist by training. Prior to joining the Alameda Health System; John served as Executive Director of Clinical Services, Director of Laboratory Services, and held other leadership positions at the University of California San Francisco Medical Center. In these roles, among other things, he served as the director of the medical center’s service lines including its Orthopedic Institute and Heart and Vascular Institute.  He also led a variety of strategic planning processes and UC system-wide operational initiatives.

John earned his Bachelor of Science Degree in Microbiology and Immunology from the University of California – Berkeley and a Master of Business Administration in Healthcare Management from the University of Phoenix. John, his wife Arnin, and daughter Nicole are avid dog lovers and enjoy whitewater rafting. John’s hobbies include traveling, basketball, and renovating homes. In fact, he has built his own home in Northern California. 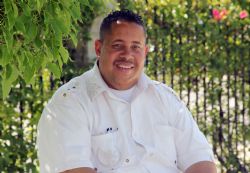 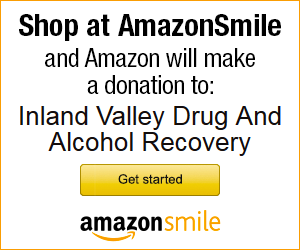 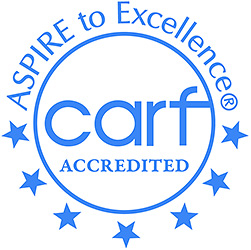